The fact that it had received 64 likes said a lot about the current state of humanity. I had nearly scrolled right past it, dismissing it as yet another update from Becky, telling the world about the latest milestone in her seemingly never-ending pregnancy. First, it had been the announcement photo: mummy and daddy running shoes dwarfing a tiny identical pair (because one thing this kid had to get straight right from conception was that this was a family who exercised together). Gushing ensued and the love emoji got a hammering. Next up, of course: the gender reveal. A video this time. Becky, surrounded by real-life friends and her husband hovering in the background, cutting into a cake. The icing was non-gender binary white, but inside, a bright lipstick pink, leaving no room for confusion. Later, photos of her husband struggling to put together a cot, but ultimately triumphing; snaps of the showroom-finished nursery; and constant updates of the expanding bump. I was in no doubt that this still-forming baby had a confusing arrangement of letters that no one would ever be able to pronounce, let alone spell correctly on the first try, in her future.

Today’s post saw Becky celebrating her first Mother’s Day. Who could not get on board with such a lovely occasion?

I am so thankful and excited to be celebrating my very first Mother’s Day. Mummy can’t wait to meet you, little one.’

Yes, the baby was still in utero. This would have always annoyed me. Even pre-Incident. But now it was post-Incident and I was a different person. Post-Incident me didn’t take any prisoners and didn’t care about being nice. The fact there were no comments, positive or otherwise, made me suspect I might even be speaking for the majority, too cowed by social niceties to poke their head up over the parapet. I typed my comment quickly. Careful to use plain language so no one could be in any doubt of my sentiment.

‘I think you will find that the baby has to be born first before you can officially be called a mother. It’s great you are so excited, though!’

I had been doing this truth-telling for a while now and yet every time I was surprised at how satisfying it felt.

‘And how did that make you feel?’ The post-Incident, HR-appointed counsellor tried to hold eye contact while tilting her grey head to the side. This was one of her ‘methods’. I kept a mental note of these; nodding to show listening, rubbing hands as we neared the end of the hour and most annoying of all: never offering any direct or useful advice.

‘It made me feel good to tell the truth. Becky was embarrassing herself.’

This was the opposite of where she had been leading me but my U-turn didn’t rattle her. ‘The truth is important to you, isn’t it?’

I had to respect my husband when he told me the truth. Yes, we might have been married for eight years. Yes, we might have both wanted the same things at first. But the saga of infertility, the two miscarriages, and the failed IVF had made him re-evaluate what he wanted. And what he wanted was out. I decided that if I just pretended to go along with it, if I was reasonable and amicable then he would remember the true me hiding there under the layers of disappointment and lost babies and he would come back to me. But that wasn’t what happened. He moved out. We split everything in half and he was gone from my life before it hit me that I should have fought for him.

I made a different vow. I vowed not to be bitter. I didn’t want to turn into a person who despised everything and everyone who has what they wanted but didn’t get. I was too old for a baby now. For the first time, I made peace with the fact that it was not my destiny to be a mother. I didn’t get any counselling. I can’t imagine how someone like old tilty head could have helped me. At night I lay in my bed and tried not to let my own disappointments consume me. I thought of bigger problems. I imagined myself floating on top of the Great Pacific Garbage Patch. I was a discarded straw compared to the world’s problems. I imagined I was the woman I had read about in a news article who had less than 50 dollars to feed herself and her teenage daughter every week. I wandered through a dreamscape supermarket and made difficult choices between toilet paper and saveloy sausages until I fell into an exhausted sleep.

I practised gratitude. I was thankful for the things my friends who were parents did not have. I slept in, went to the toilet in peace and didn’t have to reheat my cups of tea in the microwave. I’d been distracted in my career for years and now I returned to it with a vigour that must have pleased my superiors. I had never been one to be too friendly with colleagues, but I had always attended work events, dragging Rob along for every end-of-year Christmas celebration. Now I pushed myself to be friendlier. Julia was a younger co-worker and when it was obvious that she was pregnant I made sure to congratulate her one day when we were both in the copy room. I had met her partner once or twice; he was some sort of tradesman. I asked if he was excited. She busied herself with the laminating machine. But she was at least 20 weeks by then, so it couldn’t have been that it was a secret. I noticed that Julia was more than happy to discuss it with the others, but when I approached her, everyone fell silent. I thought that despite my best efforts to keep my private life to myself, somehow everyone knew about me and Julia was trying to be sensitive to this. I thought of my vow and tried not to fixate.

Then the Incident happened. It had been a strange day. Usually, when someone left on maternity leave they had a baby shower in the office and everyone was invited to eat cake and watch the expectant mother open presents. Towards the end of the day, I noticed that people were heading into the conference room and that they were carrying gifts and balloons. Some women even came in from outside and were directed down the hallway. I frantically searched my emails for the words ‘baby shower’ and ‘Julia’ thinking that I had missed the invitation, but there was nothing. As Rhonda, an older and very grandmotherly sort made her way past my desk I beckoned her over.

‘Is Julia having her baby shower?’ I thought she would implore me to come along, maybe even add my name to her card so it wouldn’t be too awkward. Ordinarily, on the email it said something like, ‘and if we have missed someone off, please forward along.’

But Rhonda took a deep breath and shook her head, ‘I don’t really want to get involved. You girls need to sort it out between yourselves.’

So, it was clear then. Julia had for some reason deliberately not invited me to her baby shower even though it was occurring in an open-plan office during my workday. Rhonda’s mysterious remark made me dismiss that it was out of sensitivity to my own situation.

I should have just packed up and left, but I had already planned on working late because I was meeting a friend for dinner and I didn’t want to go all the way home and then come back into town. It had always been my plan. I tried to turn my body away from the comings and goings and focus on my work. Erupting laughter from the conference room occasionally broke my concentration and the noise of people trekking back and forth to the toilet was distracting. I never saw Julia and I imagined her sitting at the head of the table blurry behind tissue paper and tiny onesies. I was fixated on my computer screen when I heard the sound of a voice being cleared. It was the new girl, Donna. Despite only working here for five minutes, she had nabbed an invite.

‘Are you working late?’ It was difficult to respond to this question without sounding sarcastic.

The girl screwed her face up in a careless way that an older woman would not attempt.

‘It’s just that it’s a bit awkward because Jules is having her baby shower and -’ I didn’t like the new girl. She was over-familiar, calling people hun and babe. She was always laughing outrageously and leaning against desks chatting instead of working. Now it seemed she had been sent to shoo me away. Then Julia appeared, striding across the office floor, her newly plump face streaked with tears.

‘Just leave it, Donna. It doesn’t matter.’ The whole situation was bizarre. I was trying to work out how my presence could be causing this much upset when I noticed something even more strange. Standing at the entrance, dressed in a familiar suit and tie, was Rob. Donna and Julia became hazy and out of focus while my depth of field sharpened around him. I quickly grabbed my bag and coat and made my way across the office. I had been right after all. I had played the situation correctly. But he had picked an unfortunate time to reappear and I needed to get him out of here or he would think that drama followed me around like a bad smell.

‘Shall we go somewhere to talk?’ I placed a hand on his arm and tried to steer him towards the exit. But when I looked into his eyes they weren’t looking back.

Julia spun me around, ‘Get your hands off him.’

‘Do you want to talk about the incident?’ The grey head adjusted to a micro tilt.

What is there to say? I lost it. I was unhinged. Apparently, you don’t scream at co-workers. Especially ones who are nine months pregnant, even if they are having a baby with your ex-husband. I thought once I had revealed that to the HR manager I might have been given some understanding.

‘That’s why I am basically an internet troll now.’ When I closed my eyes at night and imagined the Great Pacific Garbage Patch I was no longer just a straw. I was every single-use plastic bag that I had ever failed to responsibly recycle. And I was being pulled under.

‘What do you think I should do?’ I knew she wouldn’t answer me. I was meant to tell her what I thought I should do.

She leaned forward and began rubbing her palms together. ‘I think you should shut down all your social media accounts and get a job somewhere else.’ 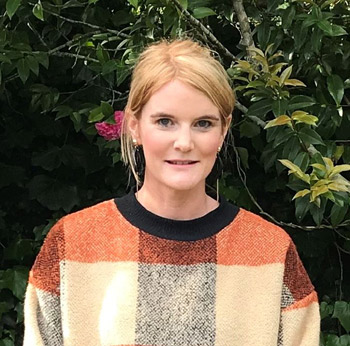 I have always enjoyed writing, but in recent years I have struggled to find the time to dedicate to it. I am an English teacher and when teaching creative writing I discovered that my students were more likely to share their writing if I modelled doing the exercises and shared first. This story grew out of one of those warm up exercises which was about imagining a character who becomes annoyed by something they see on social media.