‘With Love: From Me to You’

I’ve not been here before. I mean, sure, I’ve been to hospital loads but never this part of the hospital. It doesn’t smell the same here. Those stories that bang on about the disinfectant smell of hospitals aren’t wrong; it just doesn’t smell like that here.

You tell me, ‘Stop talking about it.’

Lying in bed this morning reminded me that this would be just another round of the same resonating despair. The tick of the clock punctuated my overactive mind. It made me think of you. How many times must we go through this? Five? Ten? Twenty? I’ve chalked up three of these sequences now. I’m a dab hand.

This feeling of confusion isn’t anything unique or fresh. Nothing new. We’re not pioneering through this medicinal jungle anymore. That ended years ago. Now you and I, we watch the newbies come in and go through the routines. Like the year 13s watching the new year 9s. All incredulous at the same information we were when we were them. All worried. All scared. For these newbies they need to experience dying to regain life. They need to feel its poison.

They never describe it as that obviously. How could they? Hey, we’re going to pump this poison into you to cure you. Aristotelian subscribers could spend decades discussing that in 101 philosophy.

The nurse checks the names and potencies with a colleague and attaches the bags to the system with dexterous speed. I notice their shoes. Sporty. The stuff leaks slowly and systematically from a shiny plastic bag. I didn’t notice that before. It really is shiny. I long to see something in it. Little troops heading into battle. But I don’t.

Trying to take your mind off the pain, I remind you of when I was young and we played sevens at the bach. That fire. We both ‘mmm’ thinking of that pot belly log burner. You taught me patience there too. Both versions. You smile when I explain the pun to you. You’ve pretended I am smarter than you for years. I’m sure I’ll do the same to my kids before long. I told you about my eldest one and how she is already better than me at math. You tell me to not be American and spell it with an ‘s’.

I brought your suitcase with me. Your hospital bag. You leave it at my place now. It’s just one thing less for you to worry about if you need to go in a hurry. Ugh, those memories. Thank God this wasn’t one of those times. Just routine. I say it over in my mind. It’s just routine.

We laugh at how old the bag is. I say it was from the first time we went to Australia.

You say it was the time after.

I think the longer this goes on the more you see me as a younger version of myself. Perhaps I stopped maturing in your mind at a certain stage. You have this image of me as a teenager still. You’ve told me I was an ambitious adolescent. Always doing something. In quiet times now, you’ve told me more times than once that you think my busyness and aspirations were the result of your pushing me further ahead. I don’t think so.

There were times, or so you remind me, that I stretched things out a bit too far. The travel. The band. The money. You wonder if I was unable to retain the advice you and dad gave me. I heard what you said. I just didn’t want to slow down. Besides, what would you parents know. You were never young. You give me a wink.

It’s only later in life that I realised just what you did know. The things you’d seen, the places you’d been.

I feel like I’ve fallen behind the ‘former me’ now. I’ve tried to explain the three ‘me’s: past me, present me, and future me to you before. I tell my students at school that past me didn’t do enough work, so present me has to deal with that. Future me will be knackered. I often hate past me. You laugh at the fact I tell my students such a lot of drivel.

I can see your eyes flutter with extra moisture. You’re wondering if there will be a future you, aren’t you? Sorry. It was meant to make you laugh.

The machine beeps. Change bag time. You ask me if that is the right grammar? Bag change time? Time to change the bag? Bugger me, this conversation is getting dire.

When I learned that both you and dad were married before I made stories about long lost siblings. For years I thought you were keeping something from me. I would sneak into dad’s box of papers in the garage and spend an afternoon when you were all out somewhere. I can’t remember why I was home and you all weren’t, but that sort of detail gets lost in hazy memories.

I couldn’t find anything though. I’m still not convinced. I wrote a poem about it. ‘Sibling, where are you?’ it was called. My grief-stricken lyricism was meant to be a bit Dickinsonian. However, like every other poem I’ve written it was absolute rubbish. You would think that after years of studying poetry, I would be able to write some. I think once you start looking up ‘words that rhyme with …’ you’ve lost any credibility of being a poet.

That clock has its second hand stuck. It’s funny that in a place where time becomes the most important commodity, these people have a clock that looks like the second hand is unwinding. There must be something in that.

I think it’s rough to have to be here on your birthday. I’ve said it about five times so you’ve told me ‘enough’. I can see the wear this is having on you now. You’re moving slower and more intentionally.

It’s killing you. So it’s working. How awful is that?

Death is present here. He hangs on the gurney and swings on the IV pole. This must be his playground.

I worry he will come for you. You’ve got too thin. Cuddling you just now felt different. I don’t worry about the tears anymore. They are a pretty common feature. However, the weight is worrying me. You look gaunt. You’ve never looked gaunt.

I brought a few bits and pieces with me today. Mementos of holidays. Nick-nacks from the past. Trinkets from a trip. Torn tickets to long-forgotten shows. All lovingly and chronologically documented into albums. Some of the old drawings, my pictures, have faded. On others, the darkness of the black ink had lightened to a greyish hue.

They sent me out of the room today. Not common, but not unknown. The doctors work on some semblance of privacy, even when close family are involved. I don’t want to see it anyway. I want you to retain dignity. I watch through the window though, waiting for the curtain that hides images but not sounds to be whisked back. It’s always just that moment too early, catching you struggling back into position. The nurses are off to the next patient. Overworked. Underpaid. You often tell me how good they are.

One nurse says you were wondering if I was okay having to leave the room. I was. Amazing that you have that thought in the midst of what you’re going through.

But your eyes betray you. Even in an open nightgown with ‘Hospital Property’ stamped across it at varying angles, you retain some laughter. It sounds like it hurts to laugh. It probably does.

‘Your face!’ you hiss through breathy gasps that pass for laughter only in a hospital.

A beep goes on the machine of the patient next to us. It’s not a good beep. It’s the same beep, but you just know sometimes that it’s not for a good reason. ‘Birthdays and deathdays are pretty closely related, huh,’ you say.

We sing Happy Birthday. Others join in. What a choir. A brief respite, I guess. Feels unnatural considering ole Mr Bad Beep from the bed just over has literally just been wheeled out. The singing makes more machines beep. I feel genuine fear for another death because of the singing and the resulting beeps. Like some maniacal drum.

That drum beats out of time.

Then I almost left it behind. Typical.

It’s the last procedure today. Twelve weeks of the same treatment. Much the same as every other time. We follow the red line that’s chipped more than it’s a clean edge. It leads to the haematology ward as the signs promise. I know this place now. It’s impressive that all the signs have te reo, Chinese and – in one instance – braille. Who’s that for?

You’re walking differently today. You have greater poise. You have purpose.

‘Go slow,’ you say. I fall behind you. I want you to go in first. You deserve to walk in unassisted and proud. Face those machines with a zest and a stoic resolution. One more time.

At the last session they take blood, and that suggested that it was going well. ‘Early signs, of course,’ the specialist said. He shouldn’t have said that. I will hold him to it forever.

Your voice is buoyant on the answering service. The bellowing is to the point when I have to hold the phone away from my ear.

The phone rang in class. I couldn’t answer it. A few of the class heard the vibration and asked me who it was. I knew it was you. I already knew the outcome. You say it’s a sixth sense of mine. It’s not. I think we all have that connection with something bigger than us from time to time. It’s just my time to receive some good news.

On your way now, Death. Oh, and by the way, Death, the next time you call, I will be waiting. Time after time. 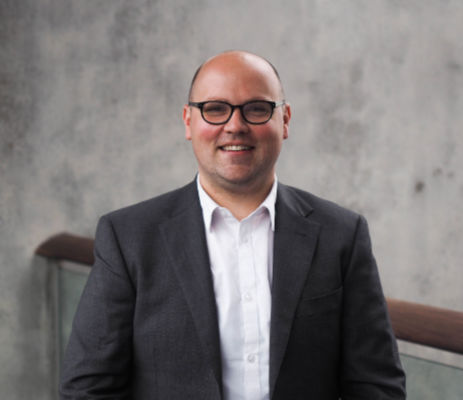 Chris Reed is a high school teacher, a musician, and a writer. One of his main passions is promoting reading for the benefit of young people throughout New Zealand. He believes wholeheartedly in the power of words and of sharing stories. This story is a fictionalised view of the treatment his mum went through as part of her recovery from lymphoma. Chris’s home is Tāmaki Makaurau where he lives with his wonderful wife and two beautiful girls – to whom he dedicates all his stories and successes.