For Emerging Writers in New Zealand

We are delighted to announce our winners for
the 2020 NZ Writers College Short Story Competition.

The winning stories were original, quirky, authentic and complex, with a strong sense of place. Each was a thoughtful interpretation of this year’s theme: ‘What We Took for Granted’.

Congratulations on a superb effort.

‘let it be. waiho’ – by Christopher Reed

In fourth place is ‘Near Death Valley’, written by Belinda Marshall.

Read the judges’ comments, as well as the top three stories, below the Highest Honours, Honours, Honourable Mention and ‘More Stories We Loved’ results lists.

These stories narrowly missed inclusion in the top four.

The characters were authentic and memorable. Plotlines were generally plausible, interesting and unpredictable, and the manuscripts were polished.

Good storytelling and enjoyable reading. Some good imagery and description in places. For the most part, the writing is not forced or contrived.

‘A Forgotten Pair’ – by Richard Goodson
‘The Vanquished Man’ – by Jasmine Caukwell
‘Life Was Better When It Was Worse’ – by Matthew Wearn
‘A Tapestry of Memories’ – by A D Anderson
‘Blue Eyes’ – by Beryl Mouldey
‘Girls’ Weekend’ – by Emma Harris
‘b r o k e n’ – by Frances Turner
‘The Turning Point’ – by Jane Tingey,
‘Baby Meat’ – by Jared Humm
‘658 Hours’ – by Patrice McCoy
‘You’re the Only Reason I Came to this Party’ – by Anthony Pita
‘Wreckage’ – by Jess Hautler
‘Mum Calling’ – by Joseph Curran
‘Early Starts’ – by Connie Buchanan
‘The Lockdown Payout’ – By Tavish Fraser
‘The End’ – by Tracy Solea
‘The Reopening’ – by Rachael Riley
‘Those I Like Best’ – by Emma Taylor
‘The Birds That Never Got On, Until…’ – by Frances Rush
‘Transient Heroes’ – by Polly Dacre
‘Mr Jensen’s Troubles’ – by Tom Galloway
‘Johnny Boy’ – by Scott Butler
‘Existing Under an Exploding Sun’ – by Shan Gibson
‘One Foot in the Grave’ – by Jason Morgan

Great writing is about attention to detail, creating characters and plot that are original and bold. Next year we’d like to see these authors move up the results ladder.

‘I Was Blind, But Now I See’– by Joe O’Connor
‘Big Baby’ – by Rosalie Pedersen
‘The Visit’ – by Christine Gore
‘Luxury Melancholy’ – by Amanda McNite
‘Aroha on a Sunday’ – by Abby Shieh
‘We Think It’s a Drought – by Alex Bush
‘When the Storm Passes’ – by Zella Downing
‘Looking Back’ – by Paul Terpstra
‘Tulips’ – by Tiffany Allan
‘Listening to Middlemarch’ – by Helen Jackson
‘Paradise’ – by Tom Ballantyne
‘Dusty Promises’ – by Aimee Parkyn
‘Driven’ – by Hazlito
‘Field Trip 1988’ – by Juliet Slattery
‘Cat Burglar’ – by Sarah Bailey
‘Brave Felix’ – by Cory Beale
‘Those Were the Days’ – by Katharine Shelley Kirton
‘Shipwreck’ – by Glenn Erik Johannessen
‘Dream State’ – by Emma Norman
‘Bitter’ – by D. K. Marlowe

‘Igor’s Silence’ – by Claudia Bolz
‘Mum’s Gone’ – by Matthew Armstrong
‘The Choice’ – by Sian Jones
‘A Consortium of Cryptids’ – by Ellery McNaughton
‘Reverse–Vampire’ – by Rory Nelson Moores
‘Welcome, Mrs Sole’ – by Giselle Simoes
‘Those who wait’ – by Alice Pearce
‘You’ – by Nicki White
‘In the Deep’ – by Tayla Marie Robertson
‘Bleeding Love’ – by Ros Lo
‘You’re Like Family to Us’ – by Sue Roughton
‘Laura, Are Ye In…?’ – by Loretta Egan
‘A Routine Moment’ – by Adrienne Huia
‘The Fabulous Life of Writers…’ – by Dinja Hoitink
‘Stale Bread’ – by Malachi Mackey
‘Not Okay’ – by Hugh McGarvey
‘Being Free’ – by Luka Brand
‘Mr Bishop Pulls Backward’ – by Noel Suckling

Keep up the great writing! We look forward to hearing from you again for our 2021 NZ Writers College Short Story Competition.

The judges’ ratings and comments for the top three stories

A huge thank you to our judges this year: Sonny Whitelaw, Philippa Werry, Arja Salafranca and Gareth Ward.

'let it be. waiho.'
by Christopher Reed 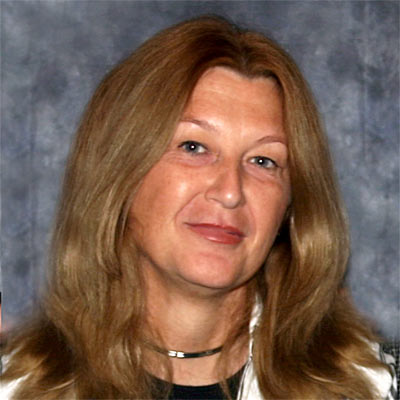 Sonny Whitelaw has enjoyed a successful career as a writer for more than thirty years.  She won a Draco Award for her first novel, The Rhesus Factor and all eight of her novels including five based on the television series, Stargate, have been international bestsellers. 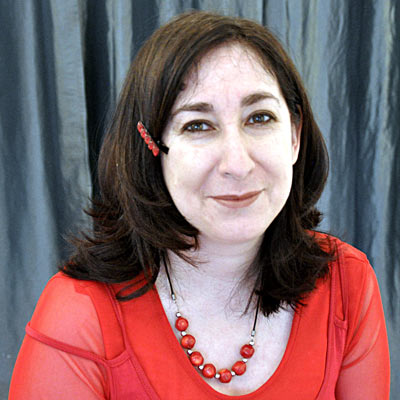 Arja Salafranca has been a writer and journalist for over 20 years. She was the lifestyle and arts editor on The Sunday Independent from 2003 to 2016.

She has published three collections of poetry, A Life Stripped of Illusions, which received the Sanlam Award for poetry and The Fire in Which We Burn. Her third poetry collection is Beyond Touch (Modjaji Books/Dye Hard Press 2015), a co-winner in the poetry category of the South African Literary Awards in 2016. Her fiction has been published in local and international journals and anthologies, as well as online. Her debut collection of short fiction, The Thin Line, was published in 2010 (Modjaji Books) and short-listed for the Wole Soyinka Award. She has also edited two anthologies, Glass Jars Among Trees and The Edge of Things.

She holds an MA in Creative Writing from Wits University. 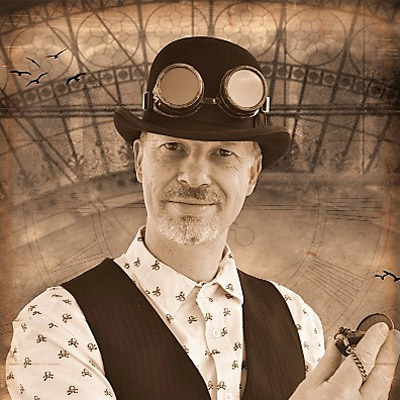 Gareth Ward, a.k.a. The Great Wardini is a magician, hypnotist, storyteller, bookseller and author. He has worked as a Royal Marine Commando, Police Officer, Evil Magician and Zombie. He basically likes jobs where you get to wear really cool hats – as writer and compere of Napier City’s inaugural Steampunk murder mystery evening he wore a rather splendid bowler.

Born in the town of Banbury in the UK, he attended the University of York where he gained a joint honours degree in Biology and Computer Science. If you want your cat reprogrammed, he’s your man. He currently resides in Hawke’s Bay, New Zealand where he runs two independent bookshops, Wardini Books and Wardini Books Napier with his wife Louise. He has a goldfish called Luna, a dog called Tonks and is certain his letter from Hogwarts has been lost in the post.

His first novel, The Traitor and the Thief, a rip-roaring young adult Steampunk adventure, won the 2016 Storylines Tessa Duder Award, the 2018 Sir Julius Vogel Award for Best Youth Novel, a 2018 Storylines Notable Book Award and was a finalist in two categories at The New Zealand Book Awards for Children and Young Adults. He is also the author of the award-winning The Clockill and the Thief.

His books are available from bookshops in New Zealand and Australia, at the links below and from the usual online behemoths. 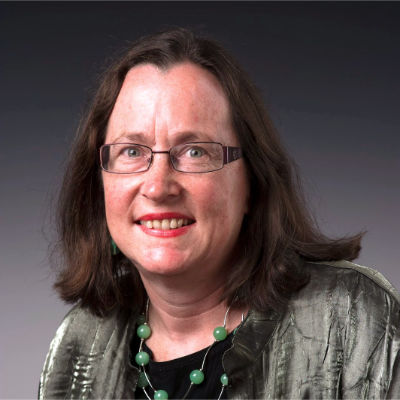 Philippa Werry is a writer of fiction, non-fiction, poetry and plays for children and young adults. Her interest in history has produced titles such as Anzac Day, Best Mates (illustrated by Bob Kerr), Waitangi Day, Armistice Day, Lighthouse Family, The New Zealand Wars and The Telegram. Her work has also appeared in the School Journal and other educational publications and in various anthologies and has been broadcast on radio. Several of her books have been shortlisted for awards and she is a frequent speaker at schools with the Writers in Schools programme.

You can download our free anthology (by clicking the cover) that showcases the winning stories from the past eight years (2010-2018). 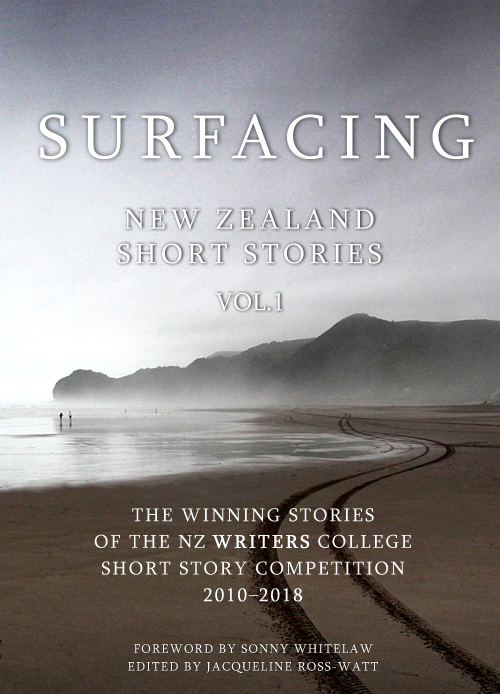 Past Winners of the NZ Writers College Short Story Competition

We would like to acknowledge the past winners of our Short Story Competitions.

Runner-up: ‘let it be. waiho’ by Christopher Reed

First Place: ‘Till Death Do Us Part’ by Suzanne Main

Third place: ‘A Handful of Dust’ by Madeline Dew

Runner-up: ‘Out to Sea’ by James MacTaggart

Runner-up: ‘Being a Ghost’ by Abby Jackson

First Place: ‘The President, the Ski-Instructor and the Watermelon’ by Jade du Preez

Third place: ‘Not My Daughter’ by Monique Reymer

Runner-up: ‘The Effects of Cancellation’ by Sacha Norrie

First Place: ‘Tell Me About the Love of Your Life’ by Feby Idrus